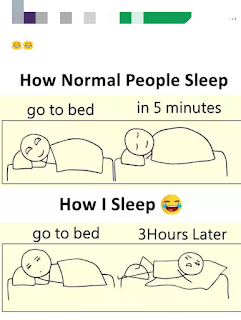 VAL-U-PRO CONSULTING GROUP, LLC - SRIKANTH KIDAMBI
Public
Dec 21, 2017
Do you know Buddhist monks, in general, are known to sleep for around 4-5 hours?Sleep habits vary across the globe between countries, and also within a countryAs per certain polls, more than half of the population in Mexico meditate, and or pray before going to bedSeveral CEOs such as President Trump, Previous President Obama, Mr. Dorsey, Ms. Indra Nooyi, Ms. Martha Stewart, Mr. Tim Armstrong, Mr. Tom Ford, Ms. Julie Smolyansky, Ms. Helena Morrissey in US supposedly, as per published reports, sleep around four to six hoursAgain, as per some polls, Japan followed by US are getting the least amount of sleepPublished polls in the past also suggest more than one third in UK sleep nakedSpaniards supposedly get close to hour less in Sleep than rest of the EuropeComing to the topic of appreciating homogeneity in heterogeneity, at least one quarter around the globe had work related stress while going to bed in the pastAt the same time, Sleep researchers, prescribe quality sleepThere is also a general rule of thumb that recommend eight hours of sleep - Are we supposed to get exactly eight hours of sleep? We will see more on this topic soon.#sleep #habit #val-u-pro
Originally shared by VAL-U-PRO CONSULTING GROUP, LLC - SRIKANTH KIDAMBI
Do you have a similar experience, where it takes you a while to sleep?
623 votes
-
votes visible to Public