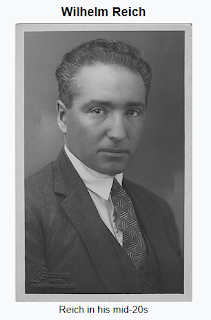 
10w
Here is an interesting article on Wilheim Reich.Wilheim Reich, born in Dobrianychi (part of Ukraine now), was an Austrian Psychiatrist known for his unusual experiments that he had tested between the years the 1930s to 1950s. His actions and experiments, though questionable at times, dealt with many unknowns not easily perceived by many. Over time, his actions also drew attention and resistance then from the US government. An immigrant psychiatrist who was brought in to the US after seeing Freudian methods doing wonders in the battlefield was later considered mentally incompetent and then was also sentenced for spreading false claims on his inventions that included his cloudbuster technology.Could this story be written differently?Many times, in such instances, it is a combination of factors.Considering Dr Reich's diverse background, he could have seen, observed, and perceived things beyond what the majority could have. Moreover, for a private individual, who explored a broad range of experiments in a hands-on way rather than on a hearsay approach, his words would have sounded like a new accent, or even a new language to others, especially to those half-baked cooks (largely, crooks). Moreover, being an immigrant during the WW-I and II times, when the local environment was clouded by mistrust, would have also aggravated the situation.From his side, he must have believed in his innovations/inventions and might have been concerned about ownership, credits, and most importantly, misuse of those inventions. Moreover, financial instruments put forth over the years also limited true innovators, if those individuals are/were not part of an elite ecosystem, and this system is even more so prominent in this current day and times.Most importantly, the pace of action, the exotic and extravagant experiments, and the method of approach in his experimentation techniques could have brought his downfall.What this entire story did was to take away a father from a young child, and forcing that child to leave for France, before returning to the US again. If we were to look at the brighter side, this experience brought out the book, "A Book of Dreams", written by Wilhelm Reich's son, Peter Reich in 1973, and a song titled Cloudbusting by Kate Bush.💠💠💠💠💠💠💠💠💠💠💠💠💠💠Paraphrasing a section from,https://www.katebushencyclopedia.com:🔻🔻🔻🔻🔻🔻🔻🔻🔻🔻🔻🔻🔻🔻"In "A Book of Dreams" Peter Reich tells us what it was like to have a father who stood defiantly against the status quo, who did strange experiments, who shared with him his deepest hopes and fears, and who was taken from him when he was only 12."🔺🔺🔺🔺🔺🔺🔺🔺🔺🔺🔺🔺🔺🔺Hopefully, this book of dreams would prevent any such happenings repeat in the future.🔵🔵🔵🔵🔵🔵🔵🔵🔵🔵🔵🔵🔵🔵Is there validity to that study?Though the method of experimentation might not be the same, there are geoengineering efforts around the globe with several approved recent research projects, even in the US.1. https://www.nature.com/articles/d41586-018-07533-42. https://www.theguardian.com/global-development/2018/apr/05/scientists-suggest-giant-sunshade-in-sky-could-solve-global-warming3. https://www.businessinsider.com/geoengineering-atmosphere-clouds-harvard-2018-4🔴🔴🔴🔴🔴🔴🔴🔴🔴🔴🔴🔴🔴🔴Looking back, and comparing it with the current events, it makes us wonder whether the treatment meted out to Wilheim Reich was right and justifiable? What do you think?🔳🔳🔳🔳🔳🔳🔳🔳🔳🔳🔳🔳🔳🔳While discussing this topic, we will also include the following poetic presentation on clouds, which is a quote of Nobel Laureate Rabindranath Tagore, and a modified, new version of that quote written by our founder, a Noble Laureate😂, Dr Srikanth Kidambi. Our founder also had pointed out to consider exploring cloud-based geoengineering methods to address global climate change well before the recent news of these approved projects.https://plus.google.com/111375717217714398633/posts/BRKytzMXxtyA section of the above post capturing the play of words on clouds -"Clouds come floating into my life, no longer to carry rain or usher storm, but to add color to my sunset sky.Rabindranath Tagore🔘🔘🔘🔘🔘🔘🔘🔘🔘🔘🔘🔘🔘🔘A modified version (Srikanth Srinivasan Kidambi):Clouds come floating into my life, to carry rain, Usher storm at times, Block excess heat from the sun, While adding picturesque beauty to the sky.
Very Different Tonight: The Contagious Nightmares of Wilhelm Reich « Post45